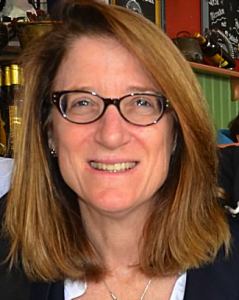 As the inaugural coordinator of the Global Capitalism Pathway, Professor of History Sarah A. Queen has taught students to address the practical, moral and ethical dilemmas business leaders face in the modern economy. Queen has recruited faculty and students to this unique Pathway, and given presentations about Connections around the world, from Copenhagen to the prestigious Aspen Institute.

“For the past six years, I’ve been very committed to building the Global Capitalism Pathway. I’m proud of that work, and now I’m grateful to be able to turn my focus to my scholarship again,” she said.

Her scholarship now includes translating two of the world’s earliest written commentaries on the Confucian classic Chunqiu, or “Spring and Autumn Annals” thanks to a National Endowment for the Humanities grant of $199,959.

The Gongyang and Guliang commentaries have exerted tremendous influence on Chinese political and intellectual life for two millennia. Instrumental in elevating Confucius to the status of one of the greatest sages of Chinese culture, the texts envision him as author of the “Annals,” bequeathing to future generations this court chronicle containing a hidden and esoteric blueprint for world salvation.

“This particular group of interpreters ascribed to Confucius a theocratic utopian vision grounded in a ritual order associated with the golden age of the Zhou dynasty. By decoding Confucius’ careful word choices, it was possible to reveal his hidden message to restore human flourishing to the Chinese world,” Queen said.

Queen has received numerous research grants since she joined the Connecticut College faculty in 1992, including support from the Chiang Ching-kuo Foundation for International Scholarly Exchange and a National Endowment for the Humanities Fellowship Award.