Mya Johnson ’23 stars on and off the pitch 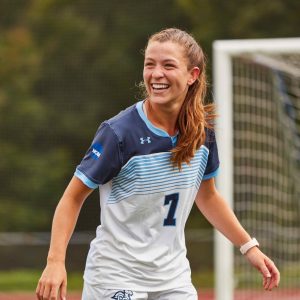 When Mya Johnson ’23 steps on the field, she brings an energy and confidence that resonates throughout the team. She loves to play the game and be with her teammates,” said Norm Riker, head coach of the women’s soccer team.

Unfortunately, Johnson had to put the game she loves on hold in 2020 when the NESCAC season was canceled due to the COVID-19 pandemic. Fortunately, though, she was able to train with her teammates on the practice pitch.

“Attending college during a global pandemic was both a blessing and a hardship. Many schools were shut down, and not as fortunate as Conn was,” Johnson said.

“Bottom line, Conn kept us safe. Our advantage was being tested, and knowing that I was healthy and the people around me were safe. Eventually, athletes were able to resume contact and we started training again. Being on the green with my teammates and friends was well worth it. We grew closer, learned how to better play together and progressed as a team.”

From Johnson’s first season, Conn knew she was a special talent. The neurology major started all 16 matches as a first-year player from Old Lyme, Connecticut, and made an immediate impact by scoring eight goals and dishing out two assists. In her first collegiate match, she found the back of the net twice to help the Camels down Roger Williams 3-1. She also made the NESCAC Fall All-Academic Team in 2020 and received Dean’s Honors in 2021.

So far this season (Fall 2021), Johnson has been named the NESCAC Women’s Soccer Player of the Week, and through 10 matches has seven goals and one assist.

Jeffrey Love ’23 and his teammates are off to the races 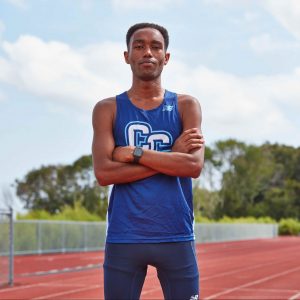 It wasn’t lost on Connecticut College student-athletes that the COVID-19 pandemic was a worldwide phenomenon that hit some people much harder than others, causing loss of life, loss of health, and economic hardship in communities everywhere.

Yet, as lifelong athletes, they could see their athletic careers slipping away. However, thanks to the effectiveness of Conn’s health and safety protocols, most of Conn’s athletes were able to compete in 2020 when many schools did not.

Jeffrey Love ’23 and his cross-country teammates, though, never felt the thrill of competition during the 2019-2020 season.

“Not being able to compete was a huge loss for me last year. Training for months with no sign of competition was definitely difficult,” said Love, a double major in botany and economics.

“I hope that the work we as a team put in last year can finally be rewarded in a great way.”

Love and his teammates’ hard work is paying off this season.

The men’s team is ranked in the top 25, and earlier this fall the team finished sixth out of 41 schools in the Brown 8k Race at Lehigh’s prestigious Paul Short Run.

“When one Camel succeeds, we all succeed. It is our responsibility to uplift and hold each other accountable so that we all perform to our greatest ability,” said Love, who in 2019 earned All-NESCAC Second Team accolades.

Love attended Conn because he wanted to go somewhere that has similar values and beliefs to George School, a Quaker school he attended in ​​Middletown Township, Bucks County, Pennsylvania.

“On my visit to Conn, I was able to see that it offered an experience that is as close to that ideal environment as I could get. After spending time with the team here, it became an easy decision for me.” 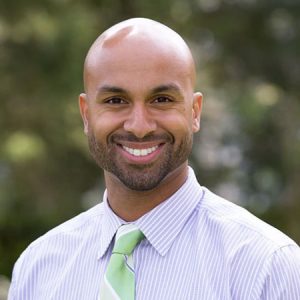 From his office in admissions at The Taft School, where he is associate director of multicultural recruitment and head boys’ varsity basketball coach, Shavar Bernier ’10 shared several reasons why he feels he owes much of his success to his experiences as a Connecticut College student-athlete.

A two-year team captain for the men’s basketball team, Bernier was the consummate student-athlete leader. While his teams were not as successful as he would’ve liked, he was recognized by NESCAC coaches in his senior year as an All-NESCAC Second Team selection as a guard. He averaged 19.1 points per game, which was good for fourth in the conference in scoring. He also led NESCAC in assists and was second in free throw percentage, an impressive 94 percent clip.

During his sophomore year in 2007-2008, the Camels won 17 games and advanced to their first of two consecutive NESCAC tournaments.

“I really loved my teammates,” said Bernier, who maintains close relationships with several of them.

At The Taft School, he follows the basketball philosophy of, “the triple threat.” In basketball, you are taught to be ready to shoot, drive, or pass every time you get a touch. Now, he’s expected to be a different sort of triple threat: admissions, dorm work, and extracurricular activities.

Bernier said he is very busy and loves working with young people in a variety of different spaces on campus. He especially enjoys assisting with Taft’s SHADES program, which “provides a safe space as well as a space to create and think about ways in which we can make paths more accepting and the experience for folks of color a little bit more seamless,” he said.

The group shares Instagram posts from the @BlackatTaft handle, an account which has seen positive results and received national attention.

From Tempel Green to the big leagues 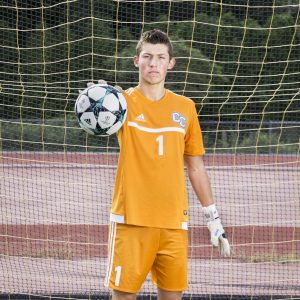 AJ Marcucci ’21 is a pro. An actual pro—in January, the former Conn netminder became the first Camel ever to be drafted into Major League Soccer when he was selected by the New York Red Bulls in the third round.

“I would like to thank the Connecticut College community for everything they’ve done for me,” Marcucci said on draft day. “I wouldn’t have gotten where I am today without them, and I’m thankful for the entire athletic staff and community.”

Among his many accolades, Marcucci earned a place on the NCAA All-America First Team as the nation’s top Division III goalkeeper twice, selected by both the United Soccer Coaches and D3soccer.com in 2018 and 2019. He was also named the 2017 NESCAC Rookie of the Year and the 2018 NESCAC Player of the Year.

“I know this is a dream come true for AJ. He has earned this opportunity, and we couldn’t be happier and more excited for him,” said men’s head soccer coach Reuben Burk.

“AJ is a true example of how dedication, commitment and self-belief can open up doors that others might say can’t be opened.” 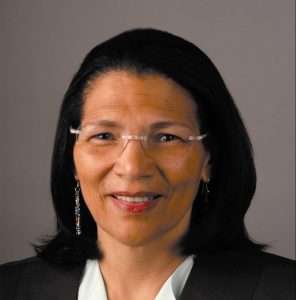 The first vice president of the International Olympic Committee, rowing bronze medalist in the 1976 Montreal games, Congressional Gold Medalist and member of the National Rowing Hall of Fame, Conn alumna Anita DeFrantz is most notably a tireless advocate for equity and justice.

DeFrantz was the first American woman and first African American to serve on the IOC. A passionate advocate for making Olympic competition more accessible to women, DeFrantz has seen the percentage of women Olympians rise from 20 percent in 1976 to roughly 50 percent today.

She also advocates on behalf of righting historical injustice in sport, including a recent effort to have Jim Thorpe reinstated as the sole winner of his disputed medals at the 1912 Olympic games.

A Conn trustee emeritus, DeFrantz discovered her love of rowing on Long Island Sound and said the sport “tends to create people who give back to their community.”

Her life has been a living testament to the claim.